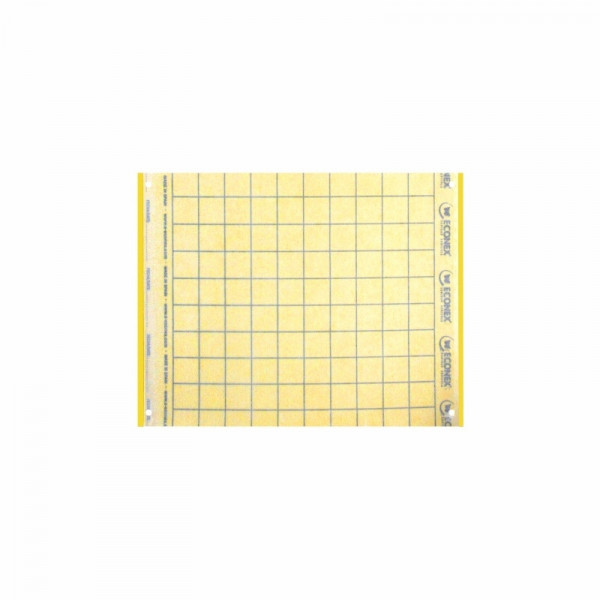 The sheet is coated on both sides with a pressure-sensitive adhesive glue, without solvents, which is protected by sheets of translucent silicone paper. A margin of 1 cm is left free of impregnation, following the longest side on both sides of the sheet, to facilitate handling. It has four holes in the corners, to facilitate installation.
The trap is activated by removing the sheet of silicone paper that covers the adhesive, and will be active 24 hours a day for 6 to 8 weeks, or until it is completely saturated with insects. It usually hangs from one or two of the drilled holes.
It can only be used as a chromatic attraction trap, or with pheromone bait, which together with the color attraction, increases the effectiveness of the captures. As a chromatic attraction trap, it is suitable for capturing whiteflies, mainly of the genus Bemisia, and species of aphids of the Aphididae family. If specific attractants are used, the trap can be used to capture diptera such as Dacus (Bactrocera) oleae.
In general, yellow color traps are placed with a density of 2 to 4 traps per 1,000 m2 (for detection and monitoring), and 1 trap per surface area of ​​5 to 25 m2 (for mass capture). The traps can be active throughout the year, and must be present in the crop two or three weeks before the flight of the insect.
The trap must be stored in its original packaging in a dry place and protected from direct sun. 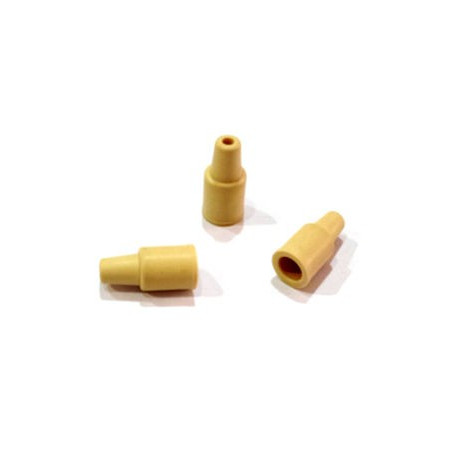 Attractive pheromone for the olive fly (Bactrocera Oleae-gmelin).
To place in trap Ref. 3024 is the most effective tool to control and treat pests in the interior of the food industry. 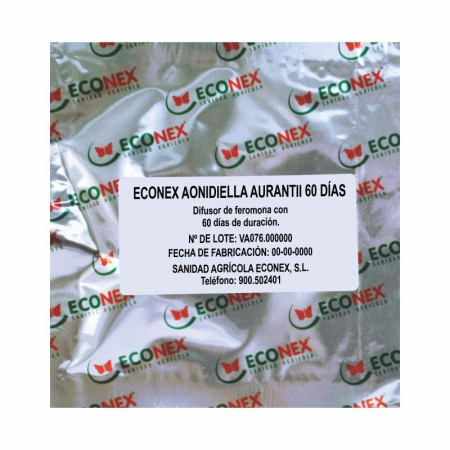 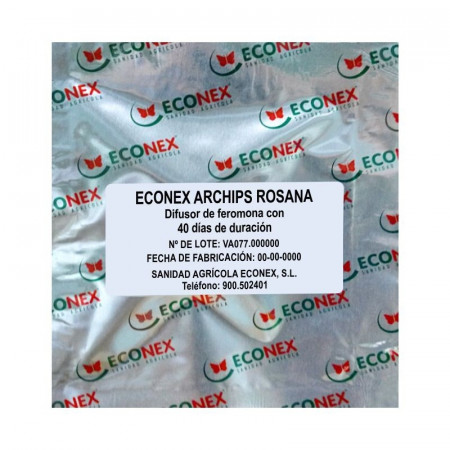