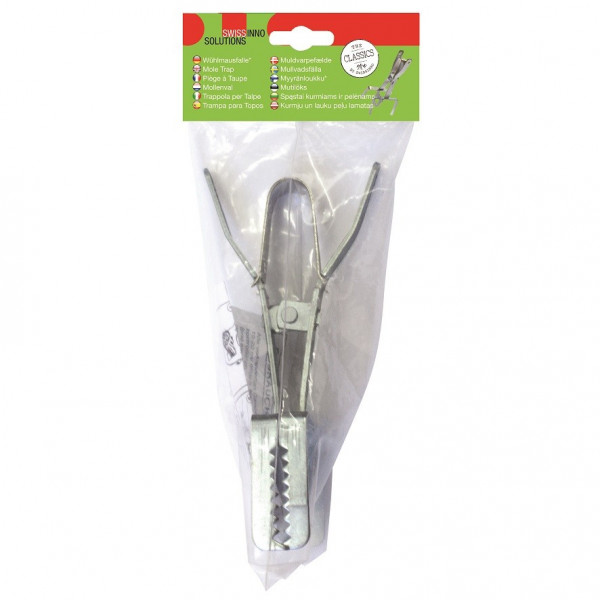 Metal trap for the capture and removal of moles, made by a mechanical spring that skips by contact of moles or voles. Place traps in areas close to the burrows for faster and more effectively.

- To mount the trap first is to compress by tightening the upper iron hand to open the chuck of capture.
- Place the retaining ring between the two claws.
- For the removal of moles or voles faster is desirable to place some food bait, such as carrots, potatoes or any food that is affected.
- Place the trap inside the tunnel near the den for quick capture.
- You must check the trap often placed to go after removing the catch.
- To remove the moles captured only have to press the upper levers.
- You can get rid of the bodies in a simple manner and without touching them.
- To maximize the catch is you must set a trap for 1,000 square meters for large infestations, we recommend adding more units. 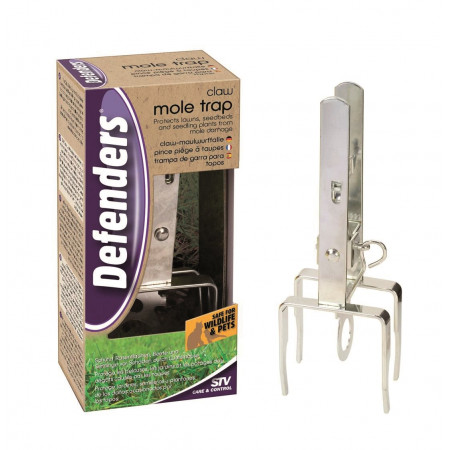 Metal trap for the capture and killing of moles, a mechanical hand grips by contact of moles or voles. For the effective control of moles or voles faster should be placed a little food bait such as carrots, potatoes or any food that is affected by them. 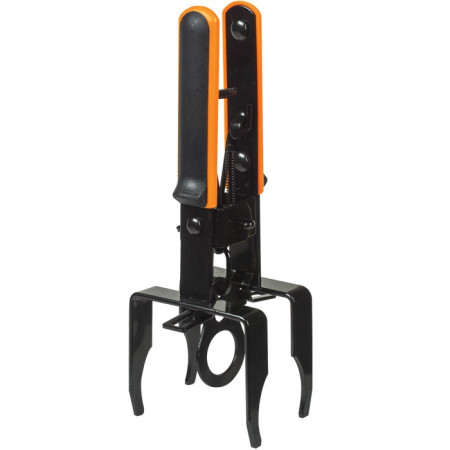 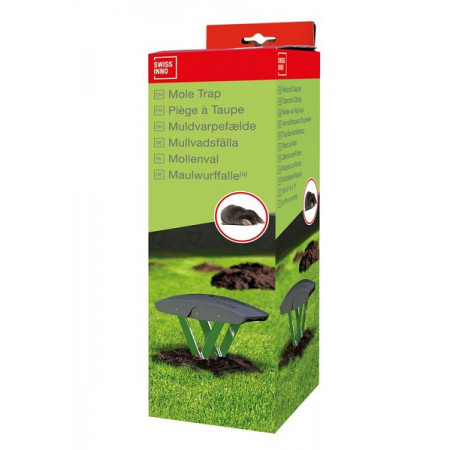 Trap to catch moles, you can catch them from both sides. Very easy and fast assembly without the need for effort. When the trap is ready and activated, we can observe from a distance if there is capture, due to the lateral wings that will change their position. 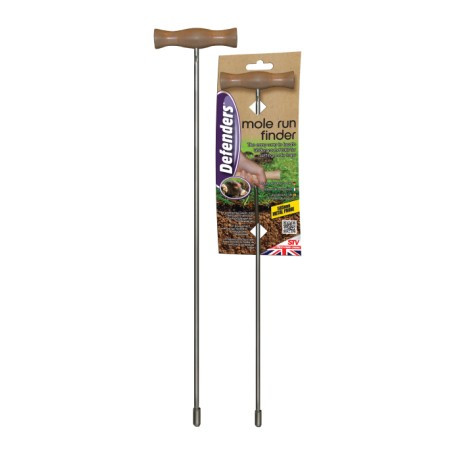 Finder moles. The probe measures 585mm, made of steel and wooden handle.

Enter the bar on earth and when you notice a difference then have found the place where are the moles and may place the trap to catch them.